Developing a Culture Strategy for Scotland

BEFS Director, Euan Leitch, reflects of the development of a Culture Strategy for Scotland.

The Scottish Government’s programme for 2016-2017 gave a commitment to developing a culture strategy for Scotland and the ball began rolling at an event at the Glasgow Women’s Library in June. BEFS was in attendance along with 90 other invited guests representing Scottish cultural organisations small and large as well as sole practitioners. Heritage Lottery Fund Scotland, Historic Environment Scotland, Museums Galleries Scotland could be described as the main heritage representatives amidst the arts and you will find a full list of attendees here.

Following an introductory speech from the Cabinet Secretary for Culture, Tourism and External Affairs there followed table discussions around definitions, scope and aim of such a strategy with discussion recorded and fed back in a plenary session. The response was varied, possibly with more questions arising than suggestions and BEFS offered support building upon what was learned in the drafting of Our Place in Time, the Historic Environment Strategy for Scotland. Subsequently the Scottish Government have set up a discussion page for further ‘bright ideas’ to be submitted by Friday 27 October 2017.

BEFS has had further conversation with HLF Scotland and the strategy was discussed at the August meeting of BEFS Historic Environment Working Group. Clarity was sought as to where a Scottish culture strategy would sit in relation to other strategies with a recognition that if it is to be a broad definition it would need to be a high level strategy sitting above that previously mentioned and the likes of Going Further, the ­National­ Strategy­ for Scotland’s ­Museums­ and ­Galleries or Creative Scotland 10-Year Plan 2014-2024: Unlocking Potential Embracing Ambition to name but two. The relationship between strategies would need to be clear but as the latter is tied to funding priorities it may lack the broad scope intended.

However, if it is not at that high level a culture strategy would need to incorporate heritage – Our Place in Time’s definition of the historic environment as “the physical evidence for human activity that connects people with place, linked with the associations we can see, feel and understand” fits within any definition of culture. And this of course immediately flags the need for intangible cultural heritage to be part of a culture strategy as Scotland’s tangible and intangible heritage is at the core of what is often seen as Scottish culture, and key to place making.

Of course, we have been here before. The Scottish Executive published Creating our future–minding our past: Scotland’s national cultural strategy with a foreword from Donald Dewar and Rhona Brankin in 2000. It opted for a broad definition of culture following UNESCO’s lead and had four strategic objectives:

It gave commitments to a national theatre and national policy on architecture both of which have been delivered, the latter being updated in 2013. The remit of then Historic Scotland is referred to with an aspiration to broaden its activities in relation to education. Digitisation of national collections was an aspiration, one subsequently met with gusto by the National Library of Scotland.

What has the Scottish Government learned from the earlier strategy? If these strategic objectives were not achieved, why not? A brief look at submissions to the discussion page finds a number referring to funding but what appears to be implicit in discussions on the strategy is that additional investment is not available. Rather, there is the usual idea of encouraging innovative collaborations to achieve better results. Can culture in Scotland become more accessible, equitable and excellent without additional finding?

Methods of evaluation are already being considered by civil servants which is heartening to know as it has to be incorporated as early as possible to gather evidence that any strategy will deliver change and not just sit on our shelves.

BEFS will be submitting comments in line with the discussion of its Historic Environment Working Group mentioned previously but it is also down to individuals and organisations within the heritage sector to submit their own dazzling ideas to the discussion page. I look forward to reading them. 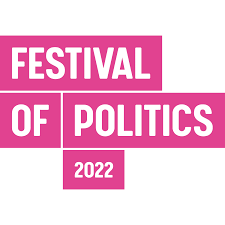