Get The Latest Historic Environment Events, Jobs, News And Publications In BEFS Bulletin.

The author of the report, Thomas Aubrey, Director of the Centre for Progressive Capitalism, reflects on who should benefit from rising land value in our blog this week.

Ahead of the general election, RICS has carried out analysis of Scottish party manifestos from a built environment perspective, which can be found in the news section below and on their website. For insight on UK party manifestos check out the analysis by Heritage Alliance here.

Guidance on Engaging Communities in Decisions Relating to Land
Consultation closes on 16 June 2017.

Surge in overseas visitors (18/05/17)
Statistics published by the Office for National Statistics (ONS) today highlight an additional 155,000 overseas visits were made to Scotland last year compared with 2015, strongly supported by a rise in the number of tourists from North America.

NEWS RELEASES
Fuelling uncertainty with a dateless commitment to referendum: SNP Manifesto (RICS 30/05/17)
The Scottish National Party (SNP) has published a manifesto that focuses on Brexit and the party’s track record, with their pledges resoundingly placing people over land and property.

Stretching the concept of buildings (RICS 30/05/17)
“The way we interact with the built environment is changing”, claimed Phillip Ross, CEO UnGroup. With new technologies and innovations set to have huge ramifications on both the way we live and work in the future, it has never been more important for built environment professionals to stand up and take notice in order to ensure that UK real estate remains relevant and fit for purpose in this time of unprecedented change.

Scottish Green Party manifesto: small in size; big on tax (RICS 29/05/17)
The Scottish Green Party (SGP) has published a concise 15-page manifesto outlining key UK priorities with a focus on the greening of national policy, an alternate UK tax framework, and housing. Fielding just three candidates in Scotland, the SGP has concentrated its campaign target areas, and the same strategy appears to have been applied to their manifesto pledges.

Rights and protections must remain following Brexit (SCVO 24/05/17)
Jackie Brock, Chief Executive of Children in Scotland, reflects on Brexit. On the radio last week a group of ‘Remainers’ were asked if they would vote in the General Election for parties promising a second EU referendum. Most said “no” – their line being: the vote has been decided, we need to proceed and exit.

IHBC welcomes ’Heritage Works’ 2017, a toolkit of best practice in heritage regeneration launched (IHBC 24/05/17)
The third edition of ’Heritage Works’ has been launched by Deloitte for the British Property Federation (BPF), Historic England and the Royal Institution of Chartered Surveyors (RICS).

Welcome pledges, but more detail needed: Scottish Labour manifesto (RICS 23/05/17)
Scottish Labour has launched an election manifesto which emphasises unity, and opposition to a second referendum on Scottish independence and a “hard Brexit”.

Edinburgh to be part of major EU-funded historic cities project (EWHT 19/05/17)
Edinburgh World Heritage announced today that it had secured significant European Regional Development funding for a major international project to investigate how Europe’s historic cities, many of them World Heritage Sites, can achieve a sustainable future.

Seeding Success: how communities transform town centres (A&DS 05/17)
From a story telling project to a plan for a community centre, communities across Scotland have been rolling up their sleeves, getting together to tackle empty and neglected parts of their town centres and breathe new life into them. Delegates at a one-day event in Paisley on 10 May 2017 heard how 50 projects across the country have used vacant and derelict spaces to bring life back into town centres, under the Stalled Spaces Scotland programme.

MEMBER’S NEWS
AHF Supports Major Investment At Knockando Woolmill (AHF 30/05/17)
Knockando Woolmill in rural Moray, Europe’s oldest district woolmill, is set to increase its productivity, competitiveness and turnover, creating a new post and retaining existing staff. The company has secured up to £100,000 in grant from Highlands and Islands Enterprise (HIE) and, through the generous support and funding of Historic Environment Scotland, a loan facility of up to £250,000 from the Architectural Heritage Fund.

PAS takes part in TEDx event at Queen Margaret University (PAS 26/05/17)
PAS Chief Executive Petra Biberbach was invited to speak at this year’s TEDx QMU event a few weeks ago. The theme was ‘Our Transgenerational World’. Petra spoke about ‘Bridging the Gaps’ between our different generations, placemaking from an intergenerational perspective – and why all ages must be more involved in shaping their communities.

Facelifts, tobacco, and BAR… 50 years of the Scottish Civic Trust 9SCT 16/05/17)
Please excuse the somewhat click-bait title, but my goodness what a fascinating and influential past the Scottish Civic Trust enjoys! I have put together a timeline of the Trust’s history of the last fifty years. This is by no means a comprehensive list; rather it comprises of some landmark moments which I hope will spark the interest of both those who have known of us for half a century, and those who have only just learned our name.

PARLIAMENTARY QUESTIONS
Questions marked with a triangle (?) are initiated by the Scottish Government in order to facilitate the provision of information to the Parliament.Questions in which a member has indicated a declarable interest are marked with an “R”.

S5W-09463 Alex Rowley: To ask the Scottish Government what its response is to the findings of the report that it commissioned from yellow book ltd, Barriers to community engagement in planning: a research study. (SP 30/05/17)

S5O-01058 Ruth Maguire: To ask the Scottish Government whether it will provide an update on the role of community right to buy schemes in towns and cities. (SP25/05/17)

S5W-09395 Oliver Mundell: To ask the Scottish Government what recent steps it has taken to increase the number of affordable homes for (a) rent and (b) purchase in rural communities (SP 24/05/17)

PARLIAMENTARY QUESTIONS & ANSWERS
Questions marked with a triangle (?) are initiated by the Government in order to facilitate the provision of information to the Parliament.

Question S5W-09184: Graham Simpson, Central Scotland, Scottish Conservative and Unionist Party, Date Lodged: 09/05/2017
To ask the Scottish Government what information it has regarding how many tenement buildings have been demolished as a result of falling into disrepair in each year since 2007.
Answered by Kevin Stewart (18/05/2017)

Question S5W-09176: Edward Mountain, Highlands and Islands, Scottish Conservative and Unionist Party, Date Lodged: 09/05/2017
To ask the Scottish Government what aspects of the management of the Crown Estate will be devolved to local authorities.
Answered by Roseanna Cunningham (23/05/2017)

Question S5W-09171: Edward Mountain, Highlands and Islands, Scottish Conservative and Unionist Party, Date Lodged: 09/05/2017
To ask the Scottish Government what the cost is of the transfer of the powers over the management of the Crown Estate; how these costs will be met, and what additional costs the Crown Estate has to meet.
Answered by Roseanna Cunningham (23/05/2017)

OTHER PARLIAMENTARY ACTIVITY
The Parliament has agreed the following parliamentary recess dates:

EVENTS
For the latest information about BEFS Members’ events see our events calendar.

City Vision Workshop With Peter Head Lecture
When: Wednesday, 31 May 2017 from 17:00 to 20:30.
Where: Project Room 1.06, University of Edinburgh, 50 George Square EH8 9JY.
In the third of a series of new lectures and workshops the EAA welcomes Peter Head, an engineer who is a recognized global leader in the implementation of resilient and sustainable city development. The aim of Peter’s lecture and workshop is to bring forward and consolidate the developing visions for Edinburgh in 2050 and to map out a practical implementation process, including how financing and decision making could move forward through a collaborative process.
Following Peter’s session there will be contributions from local professionals, consultants and groups, leading on to a workshop which will look at the visioning for Edinburgh, and how we can collectively contribute and support change to make a better future.

Sir Patrick Geddes Commemorative Lecture 2017 – Poverty, Places and Equality: A role for place based approaches?
When: Wednesday, 07 June 2017 at 5:45PM – 8:15PM.
Where: The Lighthouse, Mitchell Lane, Glasgow G1 3NU.
Naomi Eisenstadt – Independent Advisor to the Scottish Government on Poverty and Inequality. After a long career in the NGO sector, in 1999 Naomi became the first Director of the Sure Start Unit. The Unit was responsible for delivering the government’s commitment to free nursery education places for all 3-4 year olds, the national childcare strategy, and reducing the gap in outcomes between children living in disadvantaged areas and the wider child population. Naomi spent 3 years as the Director of the Social Exclusion Task Force working across government to identify and promote policies to address the needs of traditionally excluded groups. Since retiring from the Civil Service, Naomi has chaired the Camden Equalities Commission, the Milton Keynes Child Poverty Commission, published a book and several articles relevant to child development and child poverty.

Medieval painted wooden vaults in Norwegian parish churches
When & Where:

Professor Margrethe Stang, of the Norwegian University of Science and Technology, will present the Lindsay Fischer lecture in Edinburgh, Aberdeen and Kirkwall, entitled “Medieval painted wooden vaults in Norwegian parish churches”. Professor Stang is a medievalist and iconographer specializing in panel painting in the thirteenth and fourteenth centuries.  Her doctoral dissertation from 2009 discusses 31 surviving painted altar frontals (panel paintings) made in Norway c. 1250-1350, with emphasis on the iconography of the panels in relationship of the context for which they were made (mainly rural parish churches). The question of patronage features prominently in the discussion, a much neglected topic in previous scholarship on this material. Other research interests include the iconography of St Olav, medieval Scandinavian wall- and ceiling painting, the use of art in religious practice – liturgical and non-liturgical.

Summer Excursion 2017
When: July 1 @ 9:30 am – 5:30 pm.
Where: Low Parks Museum and Hamilton Mausoleum, South Lanarkshire.
Cost: £40 – £45.
Join us on a visit to these Grade A listed buildings the first dating back to 1696 built as Portland, the private residence of David Crawford, lawyer and secretary to the 3rd Duke and Duchess of Hamilton.  Later, in 1784, purchased by the 8th Duke of Hamilton and made into a coaching inn housing famous travellers, such as Dr Johnson and James Boswell, and Dorothy and William Wordsworth. The second building is the Palace Riding School, built by Alexander, 10th Duke of Hamilton, in 1837 which was also equipped with a gymnasium and regulation boxing ring. In 1983, the building was acquired by the Regimental Trustees of the Cameronians (Scottish Rifles) as a regimental museum. Tickets include return coach transport, the tours, morning refreshments and lunch. Book via the website or email your details to: info@socantscot.org or phone 0131 247 4133.

TRAINING
Resourcing Scotland’s Heritage is delivering a series of training courses and events across Scotland.
Our training is best suited to registered charities and constituted community groups. Take a walk through our simple question and answer page to determine which course is right for you. We have two main training courses and a series of ‘In Focus’ events. If you are interested in any particular event or fundraising topic, please do get in touch – we may be able to bring an event to your area info@scotheritage.org.

Traditional Building Skills Training
Scottish Lime Centre Trust offer a wide range of vocational and professional courses combining theory and practical working sessions designed to ensure that there are courses to suit everyone.

VACANCIES
Design Officer (A&DS)
We are looking for an enthusiastic design professional to help us provide advice and promote the benefits of good design in the built environment. The post offers the opportunity to develop your career and gain experience working across a broad range of topics. If successful you will be developing and supporting projects and promoting the benefits of a well-designed built environment.
Closing date is noon, Wednesday 7 June 2017 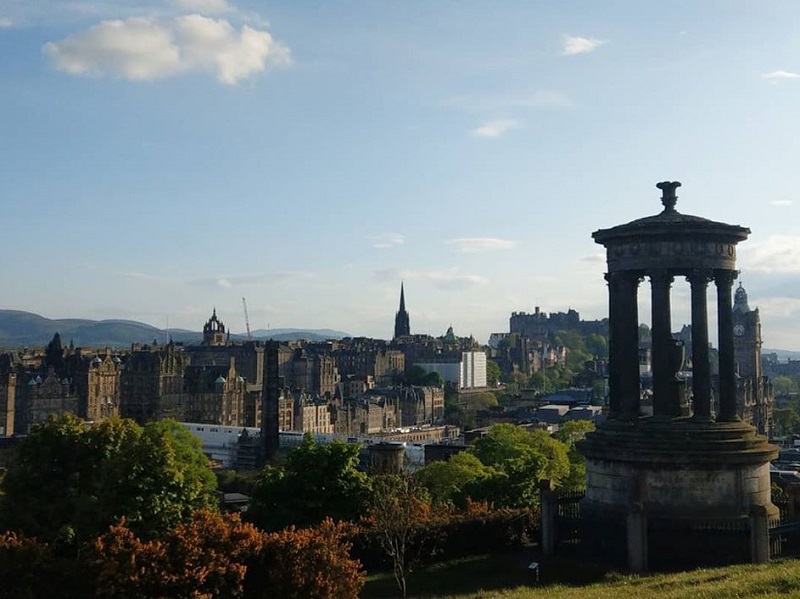