Lou Rosenburg’s book makes a very valuable contribution to our understanding of the evolution of working class housing provision in Scotland in the early part of the 20th Century.  It is meticulously researched, well written, attractively laid out and generously illustrated with photographs, plans and period artwork.

The book explores the form and design influences on the 240,000 houses built by Scottish local authorities between 1919 and 1939, with a particular focus on those built under the Town Planning (Scotland) Act 1919, the Coalition Government’s response to the wartime demand for ‘Homes fit for Heroes’.  The new housing schemes were strongly influenced by the English arts and crafts forms of the garden cities movement.  Cottages became the preferred form of provision as traditional tenements fell out of favour because of their association with overcrowding and insanitary conditions.  However, habit and budgetary constraints often led to compromise and a native form of garden suburb development emerged, incorporating distinctively Scottish elements such as pavilion-style tenements and four-in-a-block cottage flats.

Before the First World War, a number of cottage developments influenced by garden suburb principles had been pioneered by local authorities and public utility societies.  During the War, the need to accommodate civilian defence workers led to significant new developments at a number of strategically important locations, including Rosyth, Gretna, Greenock, Glengarnock and Invergordon.

By 1925, 25,000 houses had been completed under the 1919 Act, only a fraction of the 120,000 units which the Ballantyne Commission had estimated to be required in 1917.  Shortages of labour and materials meant that local authorities and public utility companies were unable to achieve the construction levels required.  Despite the generous subsidies made available by central government, high construction costs meant that rents were generally set at levels which were beyond the means of poorer households.  In the mind of officialdom, the ability to pay rent quickly became a more important consideration than war service.

Rosenburg’s painstaking scrutiny of valuation rolls has identified some 300 schemes developed under the 1919 Act.  These are very widely distributed throughout Scotland, with a remarkable 30% outside burghs. Many are of outstanding quality. Some of the most charming examples were built in small settlements in rural areas, often by county councils.  While the contribution of public utility societies was modest, a significant garden cottage scheme was developed by the Kinlochleven Village Improvement Society to provide accommodation for employees of the British Aluminium Company, and the Scottish Veterans’ Garden City Association built nearly 200 houses in small developments across Scotland.

A welcome aspect of Rosenburg’s book is the information he provides on the work of officials such as William E. Whyte, politicians such as John Wheatley and Jean Mann and architects such as Joseph Weekes and John A.W. Grant. The personal contributions to the improvement of housing conditions of figures such as these deserves to be more widely recognised.

With the Scottish Government consulting on the reform of the planning system, Scotland’s Homes Fit for Heroes provides a timely reminder of a period when Government felt confident enough to drive forward improvements in the form and quality of new housing. 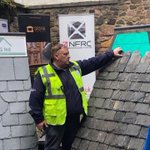 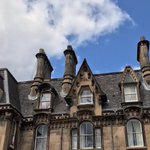 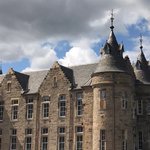