Tam McGarvey, Fundraising and Communications Lead at GalGael, tells us about the work of GaleGael and reflects on the importance of building community.

Heritage has been a vital element in GalGael’s work from the outset. Early on we recognised that many people had become disengaged from heritage- and by that I mean natural and cultural heritage, historical narrative, traditions, values, work and identity. Much of this disconnection may be down to economic and political factors, possibly for ideological reasons rather than reasons of economic necessity.

As was raised at the BEFS event, there is probably class issue and a certain amount of elitism in some areas of the heritage sector though there are plenty of examples where we can see people of different backgrounds working successfully together. I would cite GalGael as an interesting example. In our experience shared values can bring people together around a common cause they wish to support in a heritage context, maybe out of a spirit of shared intent to create something special.

On another front, while Glasgow has free access to many of its heritage attractions, many of Scotland’s historical sites cannot be accessed or enjoyed by people who are economically disadvantaged because; they don’t have the funds for admission or fares, especially if they have a family. They often don’t have a car, they are not sure what is out there and have some difficulty at first interpreting what they are looking at, maybe because it is the history of elites for instance, which may make it seem irrelevant to them. There may be a feeling that heritage is “for those other people”. However, having taken many groups to such venues there has been much improvement and our groups are often offered free access or a good concession, though less so if they go in their own time.

Galgael started out by building a traditional style of boat with hundreds of years of history behind it. Sourcing and working with the wood alone instilled a respect for the natural environment. Building the boat itself opened up swathes of fascinating history and GalGael folk from that time can still hold an informed conversation on the Statutes of Iona or the Lords of the Isles. Also, the medieval stone carvings of these boats in places like Rodel on Harris or images from the Govan Stones are frequently replicated in wood at GalGael.

I stressed at the event on a few occasions that the basic concept of our work is pretty simple (though it takes a huge effort to put it in place). As our founder Colin MacLeod put it; “We provide a venue, some tools and a bit of respect”. After that much of the healing or more therapeutic work takes place very informally through reconnecting with the work ethic, social interaction, teamwork, sharing similar experiences, advocacy and mutual support- with some training and a bit of leadership from GalGael staff and volunteers. The people who do the most powerful work are the people who attend. The staff learns from the participants and volunteers as much as the other way round.

Often we find people are becoming happier in themselves, building their confidence (we score highly on that), relationships have improved, medication often reduces and there is a decrease in negative forms of behaviour. Why? Because we have simply created and nurtured an environment for these things to take place- we have created a viable model of community. Why again? Because these are many of the basics of life that have been stripped from some sectors of society- in the name of a flawed notion of economic progress. Community is often seen as a barrier, and sometimes heritage is too, if it cannot be sufficiently commoditised and both are frequently “built over” by developers. From a community perspective much of the energy of our politicians has been weighed heavily towards favouring the private sector and communities are often sidelined in the process. These communities were traditionally “for” something, in the case of Govan it was shipbuilding and textiles, but many have lost their former prominence or identity. Perhaps heritage could be part of a strategy to regenerate communities, using the past to inform the future. Many grass roots organisations are embracing small scale local food production, small scale energy production, crafts and various other initiatives to regenerate from a grass roots level.

It has often been noted in GalGael that suppressed human instincts resurface when people engage with work, story, nature and community. We all eat together too which is vital. I would love to know how much the state has saved by these kinds of interventions by projects such as ours. In fact, intervention is the wrong word, as the community of people at our benches do the best of work themselves and heritage is very much at the heart of it.

TheBEFS @TheBEFS @scottradbuild: Today we feature the key role of apprentices as part of #BuildYourFuture for #scotappweek21 Find out about them, their routes into the industry & their future at https://t.co/BEVy8R3oEo Building on the work of the last 9 years of raising the profile of careers in the industry. https://t.co/JqwKsC8KbF 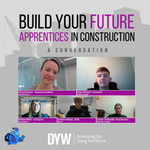 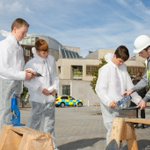 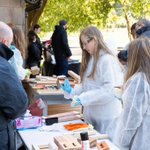 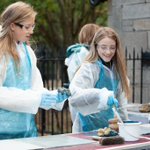 TheBEFS @TheBEFS @KathiePollard: A duty to the city..or a land rights & responsibilities protocol? In Scotland good stewardship principles apply to anyone who owns or manages land (incl buildings). It addresses vacancy and dereliction specifically.https://t.co/J4cA08nwfH https://t.co/iflNqHC6yl

TheBEFS @TheBEFS @GlasgowHeritage: Interested in working with built #heritage? Then join GCHT for "Your Career in Conservation" a 3 day online conference - you'll be able to hear from experts, take part in accreditation workshops and network with people across the sector | 22-24 March: https://t.co/Cxlx09uBu3 https://t.co/6sHsJVxqH9